A mum was terrified when debt collectors burst into her home and demanded she pay her £1,000 bill – but it wasn’t hers.

Rebekah Wilkinson, 23, had to try to calm her crying children as the strangers spent three hours installing new electricity and gas meters to claim money from an unpaid bill.

But, the mother-of-three didn’t owe a penny to Utilita Energy, who ordered the warrant – the former tenant of her London rental left without paying £848.

Rebekah proved to the debt collector that she wasn’t that tenant – but the energy giant told her to continue with the warrant.

The men installed prepaid meters and told Rebekah that every time she topped up her account, 35% of the money would go towards the unpaid bill.

The new mum says paying her own electricity bill is hard enough without having to pay someone else’s as well. 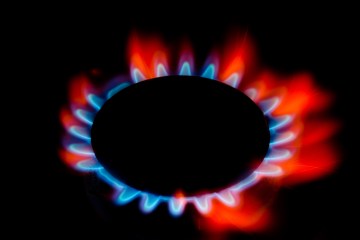 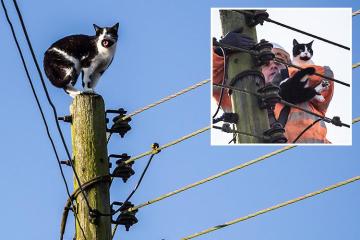 And although the case is now solved, the mum-of-two still feels shaken by the ordeal.

She told The Sun: “The whole situation has been nothing but stressful for me and my children.

“That shouldn’t have happened.”

Rebekah, her partner and three children, had only been living in the Farringdon home for a month when she knocked on the door on Tuesday.

There was a man standing there – with three other vans of people parked on the street – who said he was a warrant officer on behalf of Utilita.

He read a name and asked if it was her – which it wasn’t.

Rebekah said: “I proved to this man within five minutes of him walking in that I was a new tenant. I showed her rental contracts and two forms of photo ID.

“The warrant officer was glad I wasn’t the woman or the man who owed Utilita the debt.

“He then phoned the business and asked if he should continue with the mandate – even after I had proven that I was not the previous tenant – and was told to move on. before.”

Rebekah added: “He hung up the phone very confused as to why he had to go through this.”

She says her house was then stormed by the men, who were installing the new meters, and said: “They told me very rudely that I would now pay the other tenant’s debt.”

Rebekah says the men had been in the house for about half an hour when her children started to get really upset and worked for almost three hours.

She added: “I was alone with my two children. One is a two-year-old who has autism and was stressed about the situation with random people in the house.

“And a nine-month-old baby who was also stressed and crying because I couldn’t go to the kitchen to get her bottle because the men were in my way.

“It was extremely stressful for all of us, especially for me as a 23-year-old mother.”

They told me very rudely that I was now going to pay the other tenant’s debt.

Rebekah says she had to contact her GP as the ordeal pushed her mental health to breaking point.

The mum-of-three then struggled for an entire day on Wednesday to get in touch with Utilita to resolve the error – but says she was put on hold for several hours before being hung up.

She ended up talking to someone on the company’s Facebook, but still wasn’t sure if it had been fixed.

Yesterday she got a call from Utilita, who apologized and offered her a £50 credit to her account.

A spokesman for Utilita told The Sun: “I can confirm that we attended a warrant yesterday as there was a debt on a former tenant’s account.

“We apologized for this and confirmed no debt was uploaded to his meter.

“We have also put the meters back in credit mode.

“Ms Wilson has received a goodwill gesture of £50 which will go towards her August bill, she is now happy and the issue is resolved.”

However, Rebekah says she won’t accept the offer and is now working to switch energy companies and is seeking legal advice.

She added: ‘I’ve always paid my bills on time so I didn’t even know it could happen nor did I know how to handle it.

“I am truly disgusted and upset with my treatment in these already difficult times.”

The debt limit is only used for political blackmail

20 hours ago Brooke A. Bell